Writers, MPs and Lords attended the House of Commons launch of a report by the All Party Parliamentary Writers Group (APWG) which calls for immediate action to reverse a steep decline in writers’ incomes.

The annual APWG Summer Reception at the House of Commons centred on the launch of Supporting the Writers of Tomorrow. This report, the result of our Inquiry into Authors’ Earnings, makes recommendations to the Government based on evidence given to the Inquiry by a wide range of professional working writers, as well as industry bodies. 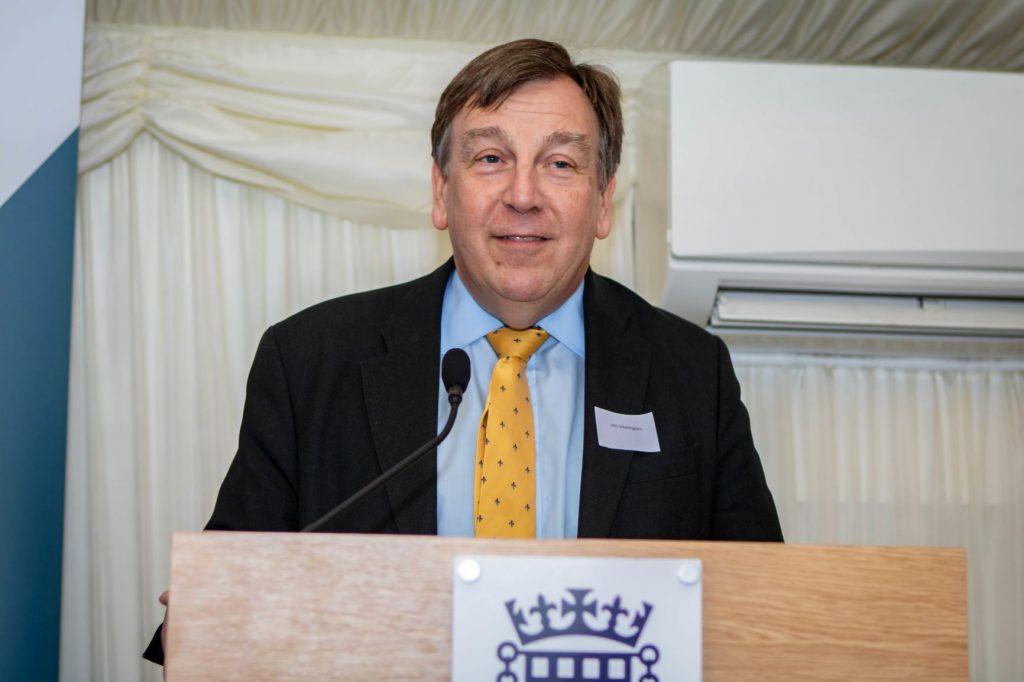 attending the APWG Summer Reception included Anthony McGowan, Eley Williams, Abir Mukherjee, and 2018 Man Booker Prize winner, Anna Burns. They heard Rt Hon John Whittingdale OBE MP, Chair of the APWG (pictured left), launch the report by thanking all those who gave evidence to the Inquiry, including the Alliance of Independent Authors (ALLi), the Association of Authors’ Agents, Hachette UK, the Society of Authors, the Writers’ Guild of Great Britain, the Publishers Association, as well as ALCS.

Mr Whittingdale continued: “What the report recognises is the importance of writing. Our creative industries continue to be enormously successful and underlying their success in almost every case are writers. Without writers we could not be as successful as we are. And yet it causes us concern that while our creative industries are continuing to thrive, authors earnings have been falling.”

Mr Whittingdale went on to state the APWG’s commitment to a robust copyright regime, to funding intervention from the Government where necessary, and to the equal treatment of printed and ebooks; including the abolition of VAT on ebooks. “A tax on books in any form is deeply regrettable,” he said. Other desirable measures in support of writers would include the creation of a Creators’ Council; addressing issues around diversity including the North-South divide; a review of tax and benefit rules; and support for independent bookshops. 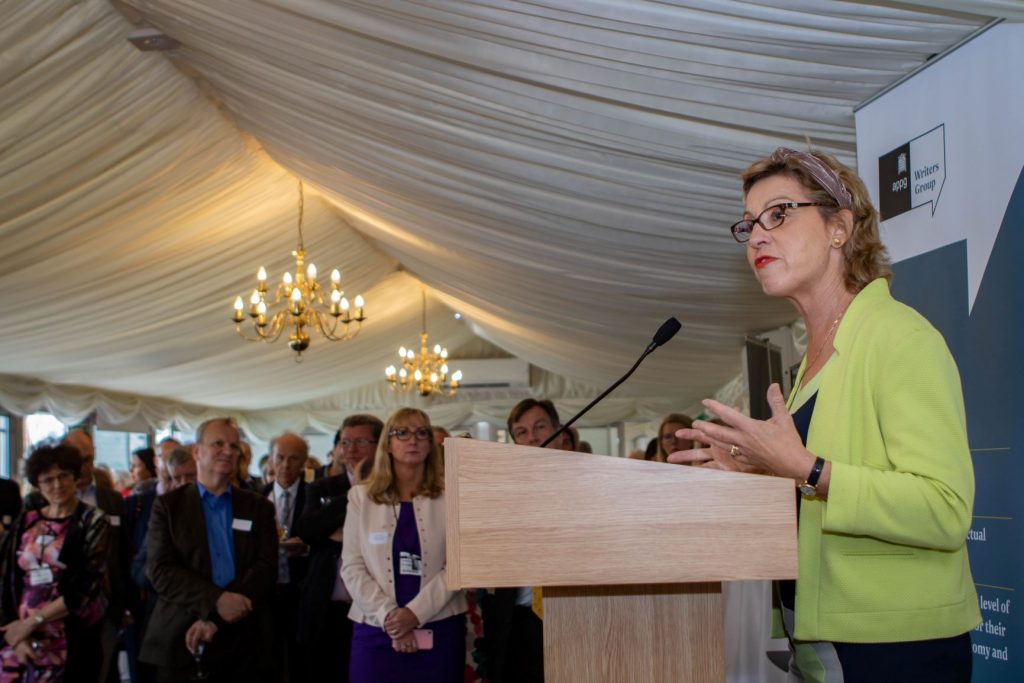 Rebecca Pow MP, the newly appointed Minister for Arts, Heritage and Tourism (pictured right) and herself an author, also spoke at the launch. Commenting on the report launch she said: “I was particularly interested to come along today because my background is as a journalist and broadcaster focused on farming, rural affairs and gardening. And I so know it’s tougher and tougher for writers to make a living, and I understand the challenges that authors face. I also don’t need any convincing about the importance of writers and the position they hold in society.” She paid tribute to the likes of the Public Lending Right scheme, which this year celebrates its 40th birthday, and Arts Council England in supporting a diverse writing profession.

Supporting the Writers of Tomorrow is available to download here. The recommendations we offer are designed to ensure better support for authors, while also improving government engagement with creators; protecting the success of the UK publishing industry beyond Brexit; and ensuring fairness in the bookselling market.

Our recommendations to the Government include:

We urge all MPs and Peers to urge action from the Government on these points, if you would require any assistance to do so please contact us.

The contribution made to the UK economy by the creative industries, which now employ 1 in 11 working people, continues to grow and is valued at £101.6 billion. However, the most recent piece of research undertaken on behalf of ALCS by CREATe, University of Glasgow, shows that writers’ earnings have fallen by 42% in real terms since 2005.

In addition, the 2018 ALCS survey showed that female authors earn around 25% less than their male counterparts, a discrepancy that results both from lower rates of pay and a poorer breadth of opportunities, particularly in film and television.

Contributors to the Inquiry also raised concerns that a decline in authors’ earnings could discourage new writers from taking up the profession, exacerbating the lack of diversity in the publishing and creative industries. Figures from the Department for Culture, Media and Sport show that 92.5% of workers in the creative industries and digital sector come from more advantaged social groups, compared with 67.3% for the general UK workforce.

And here’s the briefing note from @ALCS_UK - one to keep an eye on regarding access to books, the accessibility of the publishing industry, and much more:

Nearly missed this important info about proposed changes to U.K. copyright laws; this article relates to authors, but there are implications for all creators and producers of original work: