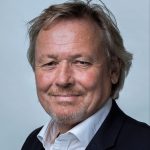 The APWG is delighted to announce Giles Watling MP is its Chair. Giles was first elected as MP for Clacton in June 2017.  With a background in the performing arts, primarily as actor, he has also run theatres, produced shows, has written for film and television and has been a director for the commercial touring circuit.  In Parliament, he continues to champion the arts and joined the All Party Parliamentary Writers Group to ensure writers’ rights are recognised and rewarded.